Ethical standards for publication exist to ensure high-quality scientific publications, public trust in scientific findings, and that people receive credit for their work and ideas.

All manuscripts are subject to peer review and are expected to meet standards of academic excellence. If approved by the editor, submissions will be considered by peer reviewers, whose identities will remain anonymous to the authors. Authors are able to mention excluded reviewers in their cover letters and although this information will be forwarded to the handling editor this may not be honored due to editorial requirements in peer review.

Our Research Integrity team will occasionally seek advice outside standard peer review, for example, on submissions with serious ethical, security, biosecurity, or societal implications. We may consult experts and the academic editor before deciding on appropriate actions, including but not limited to recruiting reviewers with specific expertise, assessment by additional editors, and declining to further consider a submission.

Authors must not use the words, figures, or ideas of others without attribution. All sources must be cited at the point they are used, and reuse of wording must be limited and be attributed or quoted in the text. Journal Al-Muamalat uses our own software to detect submissions that overlap with published and submitted manuscripts.

Manuscripts that are found to have been plagiarized from a manuscript by other authors, whether published or unpublished, will be rejected and the authors may incur sanctions. Any published articles may need to be corrected or retracted.

Journal Al-Muamalat consider only original content, i.e. articles that have not been previously published, including in a language other than Bahasa Indonesia, English or Arabic. Articles based on content previously made public only on a preprint server, institutional repository, or in a thesis will be considered.

If authors have used their own previously published work, or work that is currently under review, as the basis for a submitted manuscript, they must cite the previous articles and indicate how their submitted manuscript differs from their previous work. Reuse of the authors’ own words outside the Methods should be attributed or quoted in the text. Reuse of the authors’ own figures or substantial amounts of wording may require permission from the copyright holder and the authors are responsible for obtaining this.

Journal Al-Muamalat will consider extended versions of articles published at conferences provided this is declared in the cover letter, the previous version is clearly cited and discussed, there is significant new content, and any necessary permissions are obtained.

Redundant publication, the inappropriate division of study outcomes into more than one article (also known as salami slicing), may result in rejection or a request to merge submitted manuscripts, and the correction of published articles. Duplicate publication of the same, or a very similar, article may result in the retraction of the later article and the authors may incur sanctions.

Authors whose submitted manuscripts are found to include citations whose primary purpose is to increase the number of citations to a given author’s work, or to articles published in a particular journal, may incur sanctions.

Editors and reviewers must not ask authors to include references merely to increase citations to their own or an associate’s work, to the journal, or to another journal they are associated with.

All listed authors must have made a significant scientific contribution to the research in the manuscript, approved its claims, and agreed to be an author. It is important to list everyone who made a significant scientific contribution. We refer to the Journal Al-Muamalat guidelines. Author contributions may be described at the end of the submission, optionally using roles defined by CRediT. Changes in authorship must be declared to the journal and agreed to by all authors.

Anyone who contributed to the research or manuscript preparation, but is not an author, should be acknowledged with their permission.

Submissions by anyone other than one of the authors will not be considered.

Conflicts of interest (COIs, also known as ‘competing interests’) occur when issues outside research could be reasonably perceived to affect the neutrality or objectivity of the work or its assessment. Potential conflicts of interest must be declared—whether or not they actually had an influence—to allow informed decisions. In most cases, this declaration will not stop work from being published nor will it always prevent someone from being involved in a review process.

If unsure, declare a potential interest or discuss with the editorial office. Undeclared interests may incur sanctions. Submissions with undeclared conflicts that are later revealed may be rejected. Published articles may need to be re-assessed, have a corrigendum published, or in serious cases be retracted.

Conflicts include the following:

Authors must declare all potential interests in a ‘Conflicts of interest’ section, which should explain why the interest may be a conflict. If there are none, the authors should state “The author(s) declare(s) that there are no conflicts of interest regarding the publication of this paper.” Submitting authors are responsible for coauthors declaring their interests.

Authors must declare current or recent funding (including article processing charges) and other payments, goods or services that might influence the work. All funding, whether a conflict or not, must be declared in the ‘Acknowledgments’.

The involvement of anyone other than the authors who 1) has an interest in the outcome of the work; 2) is affiliated to an organization with such an interest; or 3) was employed or paid by a funder, in the commissioning, conception, planning, design, conduct, or analysis of the work, the preparation or editing of the manuscript, or the decision to publish must be declared.

Declared conflicts of interest will be considered by the editor and reviewers and included in the published article.

Reviewers must declare any remaining interests in the ‘Confidential’ section of the review form, which will be considered by the editor.

Editors and reviewers must declare if they have previously discussed the manuscript with the authors.

If Journal becomes aware of breaches of our publication ethics policies, whether or not the breach occurred in a journal published by Journal Al-Muamalat , the following sanctions may be applied across journals:

All authors will be asked to agree to the content of the notice.

This Publication ethics following of https://www.hindawi.com/ethics/#articleassessment 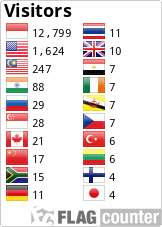